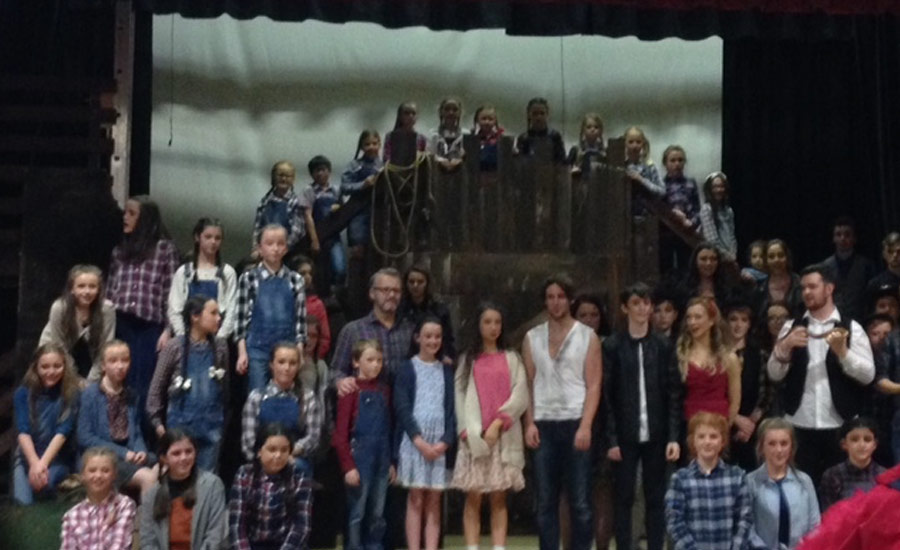 The show that Fiona and Posey worked together on, was Andrew Lloyd Weber’s ‘Whistle down the Wind.’ To put on a musical of this standard, needed lots of fundraising and the help of local businesses through sponsorship. When we were asked to sponsor, we said that we would help as much as possible to make sure that the Down Youth Musical Theater had what they needed to make this musical, one of the best stage performances, Warrenpoint has ever seen and after being at the show for the three nights, I’m sure everyone will agree, that I wouldn’t be wrong when I say this. It was truly outstanding.

We were very proud to be one of the main sponsors and to see the local young people perform to such a high standard, made everyone who saw the production so proud.

We would like to congratulate both Fiona and Posey on producing such a spectacular production but also for allowing all the young cast, to have the experience of being in such a professionally run musical.

You can find out more about which cookies we are using or switch them off in settings.

This website uses cookies so that we can provide you with the best user experience possible. Cookie information is stored in your browser and performs functions such as recognising you when you return to our website and helping our team to understand which sections of the website you find most interesting and useful.

Strictly Necessary Cookie should be enabled at all times so that we can save your preferences for cookie settings.

If you disable this cookie, we will not be able to save your preferences. This means that every time you visit this website you will need to enable or disable cookies again.