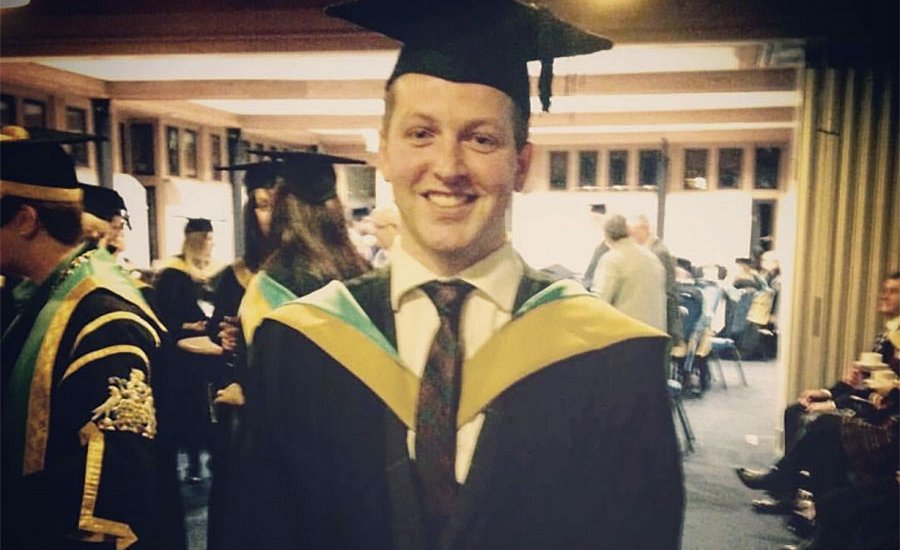 Jack began this three year diploma course, in September 2013. During this time, Jack worked full time here at Lee Opticians and after a days work, would then have to complete different pieces of coursework that were due in every week. At the end of each year, there were practical and theory exams which again involved a lot of studying especially in the months of April, May and June. Twice a year, Jack traveled to the ABDO College in Godmersham, Kent were there was two weeks of intense lectures and seminar sessions.

Each year, Jack progressed through all the exams and in August 2016, we got the letter to work, to tell us that Jack had passed and was officially a member of the ‘Fellowship of the British Dispensing Opticians’. This was a huge relief for Jack as all the hard work was

now finished and lots more free time is now to be had…and a lot of the time Jack can now be found on the golf course!!!

On Wednesday 23rd of November 2016, Jack had his graduation at the spectacular Canterbury Cathedral with him mum and dad in attendance.

A special thanks from Jack

“First of all, I would like to thank each and every single patient, who makes the decision, for Lee Opticians, to be the place that they go to get their eyes tested and get their new glasses, be that in Warrenpoint and Crossmaglen. Spending time with all the people I have had the pleasure of helping, has helped me a huge amount in terms of allowing me to pass my professional exams first time around as I felt that I was learning so much each day.”

“I would also like to thank all the fantastic staff of Lee Opticians, who have helped me over the last three years and who also make working in Lee Opticians, such a pleasure. Each member of staff, on numerous occasions, gave up so much of their time, to help me which I appreciate so much especially when you consider how busy both practices are.”

“Last and by no means least, I would like to thank my mum and dad. Not only do I have a Dad, that I have the pleasure to work alongside, but I was lucky to have had him as my supervisor for the last three years and not everyone on my course, could say that they had the best dispensing optician in the UK (voted in 2012). Dad was able to use his wealth of knowledge to help me through my exams and was able to use his top class contacts, to advise and guide me for what I needed to know. As for my mum, she was always just there for me, even if it was just leaving me to the airport or just giving me that extra bit of confidence to do well and giving up her time to come with me to Birmingham, for when I was doing my final exams in June.”

You can find out more about which cookies we are using or switch them off in settings.

This website uses cookies so that we can provide you with the best user experience possible. Cookie information is stored in your browser and performs functions such as recognising you when you return to our website and helping our team to understand which sections of the website you find most interesting and useful.

Strictly Necessary Cookie should be enabled at all times so that we can save your preferences for cookie settings.

If you disable this cookie, we will not be able to save your preferences. This means that every time you visit this website you will need to enable or disable cookies again.